The Reluctant Chorister. A Short Story on our Journey into Dementia

It began in 2014 when Barry had a five-artery bypass surgery. There were signs of short term memory loss before the surgery, however when it was over, the symptoms were more prominent, and have continued to progress.

Barry has been diagnosed with Vascular Dementia and Immediate Recall.

His logic and intellect are intact, but have changed, particularly around times, places and dates. This affects activities around the house and remembering events we have attended one or two days prior. I am able to help him with descriptions of what we did, but mostly with videos on my laptop.

We lead an active life with friends, either at their homes, or entertaining them at our house. Barry has always been great at cooking and BBQing, and still helps me prepare food. He also attends a Cardiac Rehab program twice a week since his surgery. 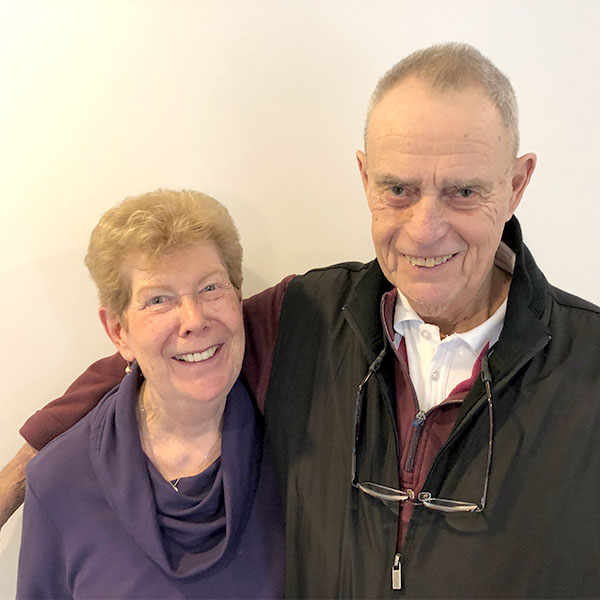 Music has been enjoyed by both of us, but until now he has never participated until we were introduced to Voices in Motion. At first we attended concerts in 2018, and then last summer were introduced to Erica, the choral conductor and I was ready to join the choir, but Barry was adamant that he could not sing. In a short time of meeting with Erica, who told him “Everyone can Sing”, we joined the Gordon Head Voices in Motion Choir.

Our first practice was in October 2019 and Barry hesitated, but soon found he enjoyed the warmth, atmosphere and music.

His comments on the choir are as follows:

One of the positive outcomes we have noticed, is that since last October, Barry is able to read the words of the songs from the Fall Program, and I can see him singing the melodies to himself as we listen to the CD that is provide to practice at home. We are now starting to do the same thing with songs we are learning for our spring program.

We purchased a turntable before Christmas, as we have a good selection of old Vinyl’s. This has given us both a lot of pleasure, and now, we also dance to the music.

Having a good sense of humour has always helped us in our relationship, especially now when things get challenging.

Barry was an avid reader, which sadly, does not work for him now, however informative magazines and the words of the choir songs are filling the void. He hums and whistles around the house, as Voices in Motion has opened a whole new challenging element into his life.

I have always known that Barry was a “Rock Star,” but not in this new world of Music.

Sign up to our newsletter, Good Vibrations, to receive updates about Voices in Motion events, new choirs, research and to hear personal stories from our choir members. You will also find practical information that will benefit you and your family as you move through the dementia journey together. All we need is your name and email address.

Sign up to our newsletter, Good Vibrations, to receive updates about Voices in Motion events, new choirs, research and to hear personal stories from our choir members.

You will also find practical information that will benefit you and your family as you move through the dementia journey together. All we need is your name and email address.

You have Successfully Subscribed!