The Latest From Our Researchers

Exploring the embodied, relational, and social impact of choral singing with dementia

The study explores the impact of participation in Voices in Motion (ViM), an intergenerational community choir program designed to engage and support persons with dementia (PwD), their care partners, and students. The qualitative part of the study combined narrative interviews, focus groups, and observations to examine care partners and PwD’s experiences of ViM and their views of the benefits of choir involvement. Over an 18-month period, the study followed two ViM choirs—one active in research for three 3-month sessions and the other for two sessions of the same time length. The data comes from interviews with 23 dyads of PwD and care partners and focus groups with 29 high school students across the two ViM choirs. Below is a summary of the qualitative results of the study. 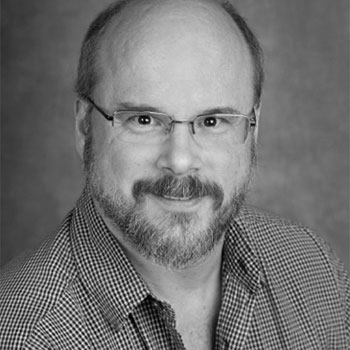 Singing as an embodied experience

Our results show that PwD maintain an embodied ability to learn, experience and perform songs despite memory loss. Many PwD said joining ViM made them realize how much of an ability to sing they had retained, as indicated in the following quotes: “It’s the best thing that’s happened to me since I’ve lost most of it up here, you know, gradually” and “It made me feel that I was somebody… That I was important.” This ability remains likely because singing taps into different brain processes less affected by dementia. Choral singing taps into the complex relationship between music and the body―PwD learn new ways of relating to the self and others which are not solely dependent on memory and thus gain a deeper sense of identity as artistic performers.

The development of strong social relationships

The ViM choirs served as a kind of community by facilitating the development of supportive and intergenerational social relationships among PwD, care partners, and students. People shared the common goal of singing, performing, but they were also there for each other. The relationships grew stronger over time along with an emerging sense of trust and reciprocity as people increasingly shared information about themselves. Care partners also talked about how being part of the choir gave those with dementia a sense of dignity and purpose.

The reduction of social stigma

We found that Voices in Motion reduced the stigma of dementia in three distinct ways. First, we found that the students’ views and understandings of dementia changed over time as a result of their involvement with the choirs. Students didn’t really know what to expect coming into the choir—they were initially worried that the choristers with dementia would be confused, that having a conversation with them would be impossible, and that their ability to sing would be minimal. As a result of their involvement in ViM, the students quickly realized that these misgivings were unfounded. Many spoke of their surprise when they saw that the people with dementia could perform for the most part as well as those without dementia. Students also developed over time a closer and deeper relationships with them. They talked with them regularly, had conversations, hugged them. Overall, they gained a deep appreciation of people with dementia as individuals with unique personalities and stories.

The end-of-season concerts also had an impact on reducing stigma. In the interviews, people talked about how the concerts demonstrated how people with dementia could still contribute to their community as artistic performers. One care partner described the concerts as great equalizers because one couldn’t really distinguish, in the performance, who were the care partners and the people with dementia. In this way, the public concerts challenged the social narratives of decline which sadly continue to stigmatize individuals living with the disease. Also important were performances in advocacy events such as the World Alzheimer’s Day luncheon hosted by the Alzheimer Society of British Columbia at the parliament building. There was also the online singing of “O Canada” to open the Alzheimer Society of Canada’s Walk for Alzheimer’s fundraising event. Finally, the many news reports on the choir and its benefits also played an important role in challenging the stigma of dementia.